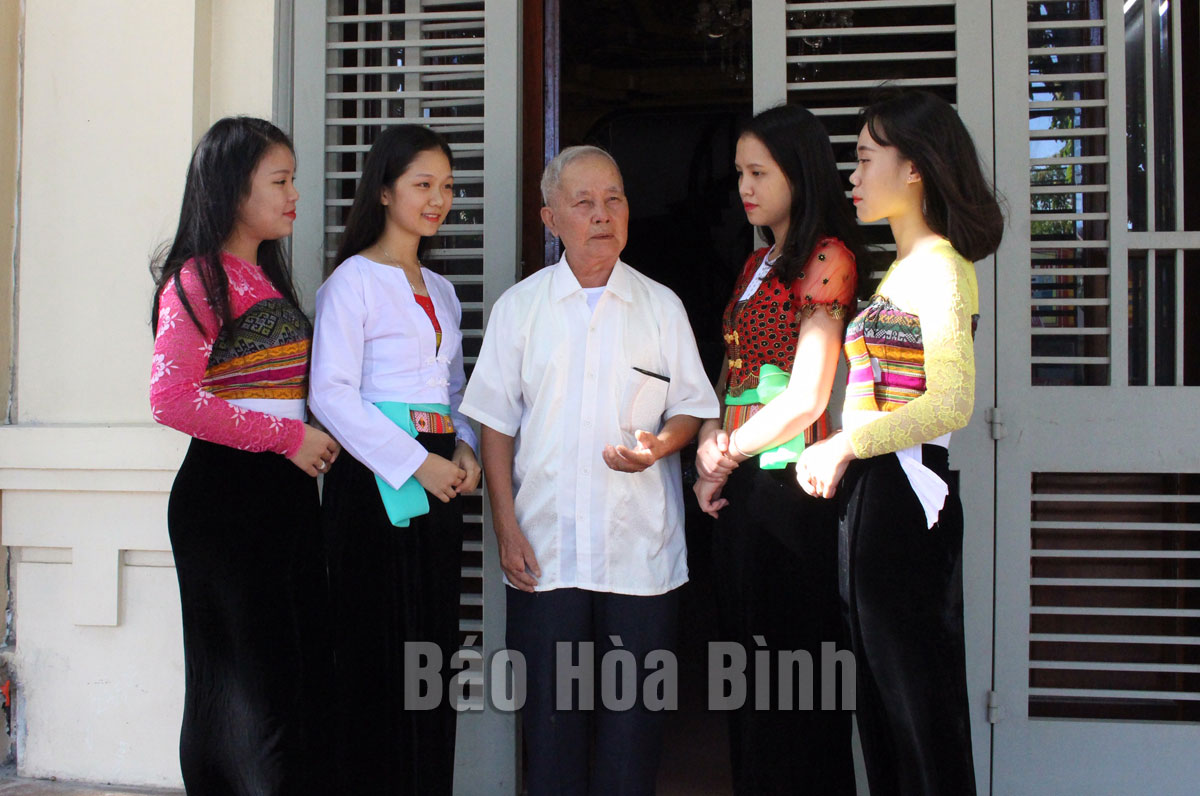 The first time was when President Ho Chi Minh visited the province’s school for agricultural collectivisation near Ngoc Terminal in Ky Son district, now Hoa Binh city, on October 19, 1958.
The said the leader’s teachings are still deeply in his mind now. President Ho Chi Minh said during the trip that if cadres were not dedicated to working, studying, and making self-improvement, they would lag behind and lose the people’s trust, so cadres must constantly improve their knowledge, political mettle, and professional capacity.
In 1960, while The was working at the construction site of Road 12B in Kim Boi district, he was chosen to represent local young people at the congress of the northern region’s hard-working socialist youths, held in Hanoi on March 16. At this event, he once again met Uncle Ho.
He said President Ho Chi Minh’s opinions at the congress had left a strong impression on him. The leader called on the young delegates to exert stronger efforts, stay modest, keep learning, fulfil every task assigned by the Party and the people, and that they should do good deeds, even small ones, and avoid every bad thing, which are also the teachings The often repeats when talking to his descendants.
On August 17, 1962, Uncle Ho paid a visit to the Socialist Labour Youth School, which was the third time The met him. At that time, The was surprised that the leader visited the school’s kitchen, where The was working as manager, as soon as he arrived.
Talking to the school’s cadres, teachers, and students, the President asked for increased farming and cooking to improve portions and meal quality, along with enhanced solidarity and discipline, and further practice of democracy.
Uncle Ho’s teachings have served as a driving force for the school’ teachers and students to make unceasing efforts to surmount every difficulty, The added./.