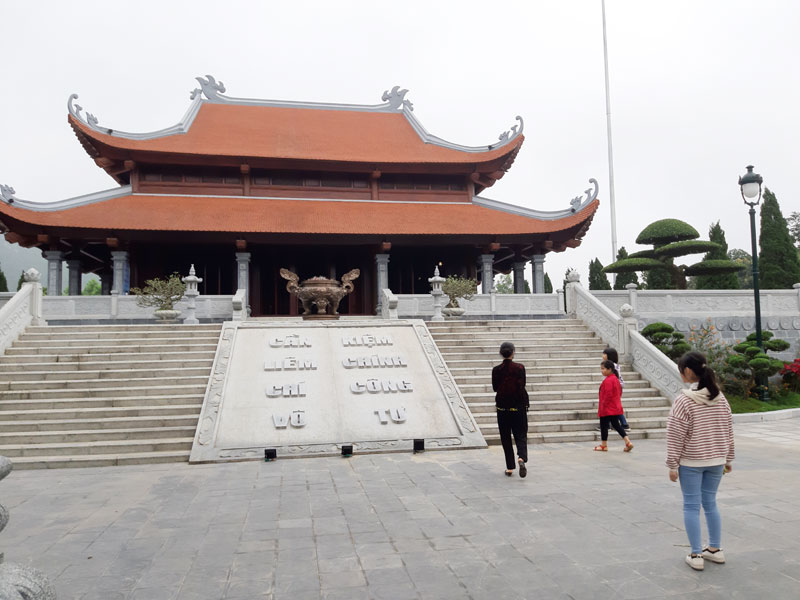 Commemorative House for officials and workers of the money printing factory at Chi Ne Plantation, Lac Thuy district. It is a pride of local residents and the Vietnamese finance industry.

In May 2019, the house was officially inaugurated, becoming a pride of local officials and people as well as the country’s finance sector and remembering the merits of President Ho Chi Minh, the family of bourgeois Do Dinh Thien and revolutionary contributors during the first days of laying foundation for the national finance sector. It is the place where the 100 VND bill, called the "green buffalo”, was born. With an extremely important historical mission, the bill contributed to the currency fight against the enemy to protect national independence and becoming a weapon on the economic, financial and monetary fronts. The factory has become a pride of the revolutionary tradition, the sense of self-reliance, resilience and patriotism.

The first money printing factory of the Vietnamese revolutionary administration (1946-1947) was chosen by the Government, the Finance Ministry and President Ho Chi Minh to be placed at Chi Ne plantation. It was recognised as the national relic site by the Ministry of Culture, Sports and Tourism. The money printing factory – Chi Ne plantation was a stopover of President Ho Chi Minh during his working trips.

Phu Nghia commune has many development opportunities, serving as a key area for tourism and services with Tien pagoda. A number of major projects are also underway there./.