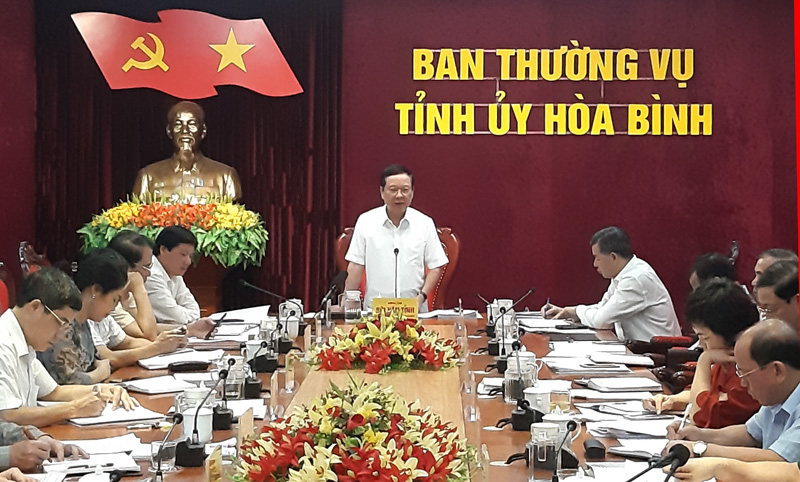 Member of the Party Central Committee and Secretary of the Hoa Binh Party Committee Bui Van Tinh concludes the meeting.

Participants at the meeting discussed a report on the decentralisation of socio-economic management in the province.

So far, the People’s Committee of Hoa Binh has issued nine decisions on the decentralisation of the management over public investment and private investment, State budget, and public assets. Besides, the committee has also released 33 decisions and documents on the decentralisation in the fields of transport-irrigation, urban area-construction, natural resources-environment, and labour-employment.

The implementation of the socio-economic management decentralisation has created favourable conditions for the promotion of self-reliance as well as creativeness and responsibilities of the administrations at all levels, while reducing workload for provincial agencies and enhancing the capacity of those in the district and commune levels. It has also contributed to mobilising resources for the implementation of socio-economic tasks.

However, many areas such as the use of public investment, dyke management, forest management, health care, and post-investment management have faced shortcomings, including a lack of synchronicity between decentralisation and power delegation, as well as unrealistic guiding documents. The infrastructure system has been weak and not synchronised. The social infrastructure has yet to meet the demand for basic services, especially culture-sport facilities.

Members of the committee agreed that the province has recorded important successes in sustainable poverty reduction. In the 2016-2020 period, the rate of poor households reduced 3.16 percent per year, which is expected to be brought down to 8.56 percent in 2020, exceeding the goal set by the provincial Party congress’ resolution.

However, the poverty reduction has stayed unsustainable, while the association of resources for the work remains difficult. Besides, the capacity of officials, especially those in grassroots administrations, remains modest, affecting the progress and quality of the implementation of the sustainable poverty reduction goal.

Concluding the meeting, member of the Party Central Committee and Secretary of the Hoa Binh Party Committee Bui Van Tinh underlined the significance of the decentralisation of socio-economic management.

He suggested that the Party unit at the provincial People’s Committee direct agencies to promptly review and evaluate the contents of decentralisation in a comprehensive manner. The decentralisation must ensure the principles and follow existing regulations. It is necessary to associate the decentralisation with responsibility and interest to enhance the activeness and motivation for administrations, sectors and agencies at all levels, while reforming administrative procedures and business environment to better serve businesses and people, and building a detailed list and roadmap for the decentralisation of management over land use, resources, assets, and budget collection.

Regarding the sustainable poverty reduction goal in line with Resolution 16-NQ-TU of the provincial Party Committee, he said that the Party Committees and administrations at all levels as well as agencies and organisations should engage in the evaluation of the outcomes of policies in the field to seek solutions to associate resources into the improvement of socio-economic infrastructure, as well as the development of production, improving the livelihood for locals. Meanwhile, it is crucial to define the responsibility of leaders in directing the implementation of the sustainable poverty reduction policies, while raising the self-reliance of poor people in getting rid of poverty./. 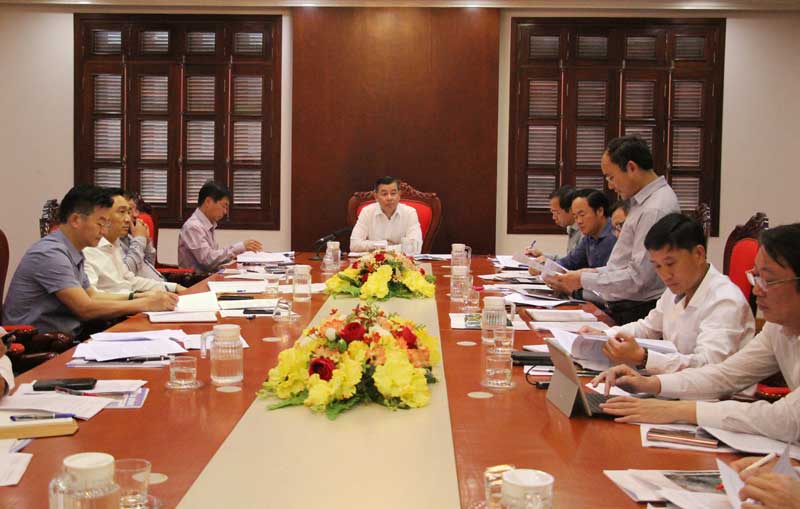