(HBO) - A special train with the number HB2021 dedicated to Hoa Binh province to carry more than 300 tons of goods and necessities of the people of ethnic minorities in Hoa Binh province sending to the people in the Covid-19 epidemic area, departing at 20:25' on August 11th, 2021 from Giap Bat station (Hanoi) arrived at Song Than station, Binh Duong province at dawn on August 14th, 2021. Hanoi Railway joint Stock Company transported freely all these goods in 11 carriages.

The officers of the Fatherland Front and militia and self-defense forces of ward 5, Tan Binh district (Ho Chi Minh City) are receiving goods and necessities from Hoa Binh province to support and deliver to the people with difficulty due to the Covid-19 pandemics.

When arriving at Song Than station, the number of goods allocated to support Ho Chi Minh City was 9 carriages, over 250 tons; and 2 carriages, about 50 tons were allocated to Binh Duong province. The Fatherland Front of Ho Chi Minh City and the Fatherland Front of Binh Duong Province coordinated with the military forces to act as the focal point for receiving, transporting and distributing goods to beneficiaries. Accordingly, Ho Chi Minh City allocated goods and necessities to 22 districts and Thu Duc City. The units arranged trucks to the station to carry goods to the locality and continued sending to the people with difficult circumstances due to the impact of Covid-19 pandemics. The recipients of goods were concentrated in the isolation and blockade areas, the poor workers, the homeless people, the unemployed workers, and the vulnerable people.

The delivery and receipt of goods and necessities at the station was completed on August 14th. The wards and districts of Ho Chi Minh City continued to allocate to the localities so that the goods would soon be reached the beneficiaries. The essential gifts of the people of the ethnic groups in Hoa Binh province have made a strong impression on the people of Ho Chi Minh City during the difficult time.

Previously, on August 6th, 2021, under the urgent and drastic direction of the Standing Party Committee of Hoa Binh Province, the Provincial Fatherland Front issued a call to all levels of the Party committees, the authorities, the agencies, the mass organizations, the officials, the laborers, the soldiers of the armed forces, the people of all walks of life, the businesses, the benefactors, the individuals to actively participate in supporting goods, necessities to support the prevention and control of Covid-19 pandemics in Ho Chi Minh City. By August 10th, there were 132 delegations and a number of individuals coming to the headquarter of the Provincial Fatherland Front to support with a total of over 370 tons of goods and necessities, including rice, instant noodles, rice noodles, peanuts, zucchini, pumpkin, dried bamboo shoots, dried fish, milk, fish sauce, seasoning seeds...

(HBO) – The Women’s Union of Hoa Binh province held the 17th provincial Women’s Congress, for the 2021 - 2026 tenure, on November 19 under the theme "Solidarity - Creativity - Aspiration - Development”. The event took place via videoconference, connecting the hall of the provincial Party Committee with nine districts.

(HBO) – There are huge tasks left for the remaining months of this year, requiring the high sense of responsibility of the entire political system, especially heads of agencies, said Ngo Van Tuan, member of the Party Central Committee and Secretary of Hoa Binh province’s Party Committee.

(HBO) – Over the past years, the implementation of the Politburo’s Directive No.05 on promoting studying and following Ho Chi Minh (Uncle Ho)'s thoughts, morality and lifestyle has been identified as an important task to build a pure and strong Party Committee by the Party Committee of Dong Tam commune (Lac Thuy). The implementation of the directive has spread and created changes in the awareness and actions of each official, Party member and local resident.

(HBO) – The Party organisation of Van Mai commune in Hoa Binh's Mai Chau district has 10 Party cells in six villages, two schools, the health care station and the communal public security force with 227 members in total. In the previous tenure, the Party organisation, administration and local residents of the commune managed to complete all tasks and targets set in the resolution of the communal Party Congress.

(HBO) – Members of the Women’s Union at Lac Son district’s public security force have strived to fulfill all tasks and actively engage in emulation movements, particularly the one responding to the Politburo’s Directive 5 on promoting studying and following President Ho Chi Minh’s ideology, morality and style. 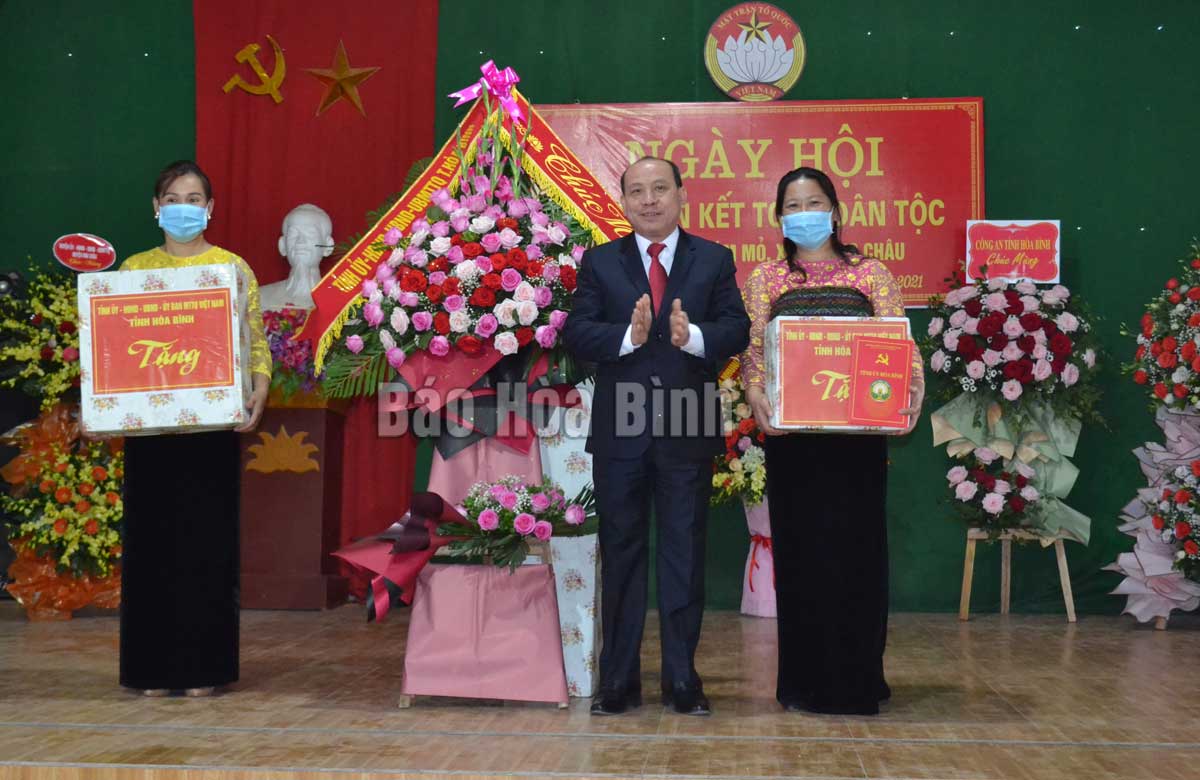