(HBO) – The Prime Minister has issued Decision No. 1719/QD-TTg dated October 14 approving the National Target Programme on boosting socio-economic development in ethnic minority-inhabited and mountainous areas in the 2021-2030 period, with its first phase spanning from 2021 to 2025. The approval of the progamme has specified the Party, State and Government’s policies on ethnic affairs, while giving solutions to boost socio-economic growth in association with the implementation of the policies, meeting the expectations of ethnic minority groups. 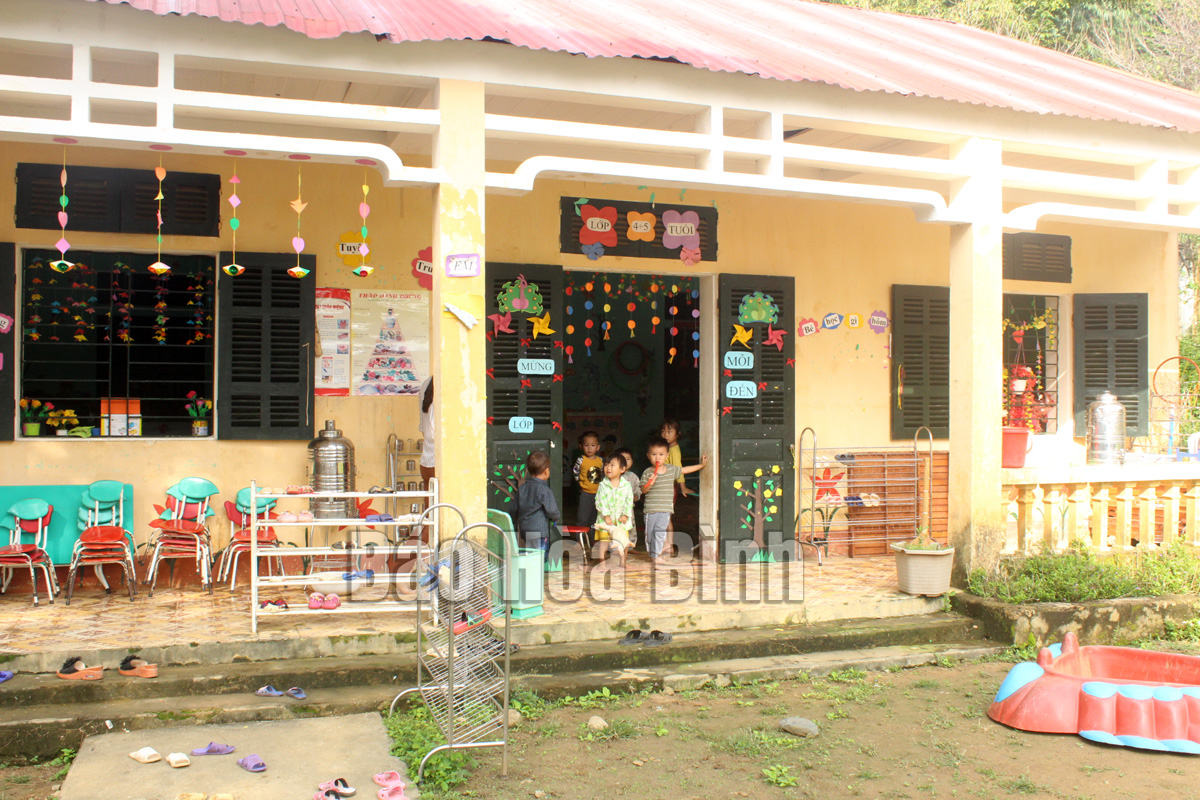 Photo: Thanks to investment from programmes and projects, a number of schools in Nanh Nghe commune in Da Bac district of Hoa Binh province have been built to meet locals’ demand.
The programme has ten component projects, focusing on solving the shortage of land for housing and farming as well as clean water; arranging and stabilising the living conditions of residents in difficult areas; developing sustainable agricultural and forestry production; building essential infrastructure system; improving the quality of education and training to develop human resources; preserving and promoting the traditional cultural values of ethnic minorities in association with tourism development; improving health care services for people; implementing gender equality; investing in the development of ethnic minority groups with very few people and groups facing many difficulties; strengthening communications in the ethnic minority-inhabited and mountainous regions.
Hoa Binh has 145 out of 151 communes, wards and towns which are ethnic minority-inhabited and mountainous areas with 86 villages and hamlets facing extreme difficulties. In the past years, the province has prioritised the allocation of human resources to investment programmes and projects for ethnic minority-inhabited and mountainous areas, especially those with extremely difficult conditions. The efforts have made positive impacts on people's lives, creating a motivation for the development of ethnic minority-inhabited and mountainous areas, gradually narrowing the development gaps among regions.
Mountainous areas have seen many positive changes. However, according to the provincial Committee for Ethnic Minority Affairs, due to a low starting point, the living conditions of people from ethnic minority groups in the villages and communes with extremely difficult economic conditions remained poor. They mostly live on small-scaled agricultural and forestry production. Their livelihood remains unstable, and their access to social service is still limited. Although the ratio of poor households has decreased, the risk of falling back into poverty is high, while the quality of human resources is low, with modest capacity of local officials. In addition, gender equality remains a problem among ethnic minority groups, along with outdated customs such as child marriage, consanguineous marriage, social evils, and socio-economic development gaps among regions.
In this context, the building and approval of the National Target Programme on socio-economic development in ethnic minority-inhabited and mountainous areas in the province has an important and urgent significance, aiming to promote sustainable development, consolidate and enhance people's confidence in the Party and State.
The objectives of the ten component projects in the period of 2021 - 2025 include doubling income of people from ethnic minority groups in 2020; reducing the ratio of poor households by 2.5-3 percent each year; bringing 50 percent of communes and villages out of the list of areas with extremely difficult conditions; building roads for automobiles to 100 percent of communes, concreting 90 percent of roads connecting the centres of communes and villages; upgrading 100 percent of schools and health care stations; and establishing public internet service supply centres in all communes./.