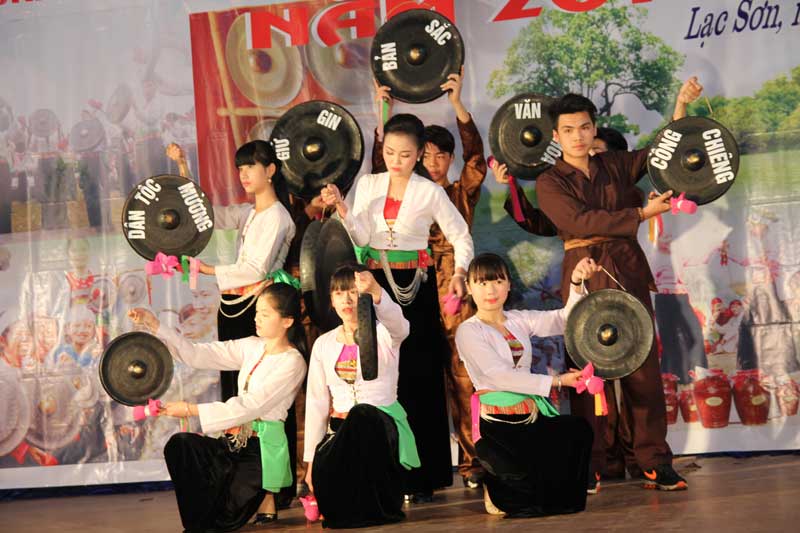 Dinh Khenh in Van Son commune (Lac Son) is a place of the culture and belief of the local people.

Lac Son is the district with the number of relics being ranked the 3rd in the province, with a quite diversifying system of relics. They include the archaeological relics, the revolutionary historical relics and the cultural and historical relics. Each relic is associated with a legend or s traditional festival. For example, Si temple is associated with Du Voi festival, Bang temple is associated with the festival of Vegetarianism and Muong Vegetarianism with the unique rituals such as lime loading, duck harrowing and soil patching, the festivals of Thuong temple, Khenh, Coi and Khoi communal houses ... and many other cultural works of historical and cultural values creating a complex of the relics and beauty spots associating the festivals of the relics sites and tourism.

Over the years, the district has had the positive solutions in preserving and promoting the values of tangible and intangible cultural heritages. They have been paying attention to propagandizing, educating and raising the awareness and the action of each person about preserving the relics. The cultural values, the traditional festivals and folk festivals have been preserved promoting the spirit of the Cultural Heritage Law.

Every year, together with surveying and researching the relics to compile the scientific and legal documents to submit to the provincial People's Committee for decision to classify provincial relics and to ask the Ministry of Culture, Sports and Tourism to classify the national relics of provincially-ranked relics meeting the criteria, the Management Board of the relics and beauty spots has been promoting the prevention of degradation, conservation and embellishment of the relics in the project. ranked by the State.

From the funding of the national program on conservation of the relics and the district’s funding, some relics have been restored and embellished in accordance with the regulations, ensuring the quality and remaining the original architecture. They are the historical relics of Muong Khoi War Zone in An Nghia Commune, Coi communal house in Vu Binh commune, Khenh commune house in Van Son commune, Da temple in Vu Ban town ...

In 2020, the district restored Khoi communal house in An Nghia commune and received the ranking certificate of the cultural and historical relics of Khenh commune house in Van Son commune. The relics of Khenh commune house are located in the center of an ancient Muong region, close to the district center and in the same route with other ranked historical relics such as the Roof Stone in Vanh, Muong Khoi War Zone, Coi Communal House, Da Temple, Thuong temple, Si temple, Khau Dung cave, Mu waterfall and so on.

They have been preserving and remaining almost the same cultural heritage values of the traditional customs, traditions and beliefs of the Muong ethnic people in the locality associating with the cultural values and the spiritual beliefs at the relics. At the same time, the connection of the relics, the tourism spots and the beauty spots in the district has created more favorable conditions for visitors. Thereby, it has been contributing to promoting and attracting tourists, making tourism in Lac Son increasingly develop. 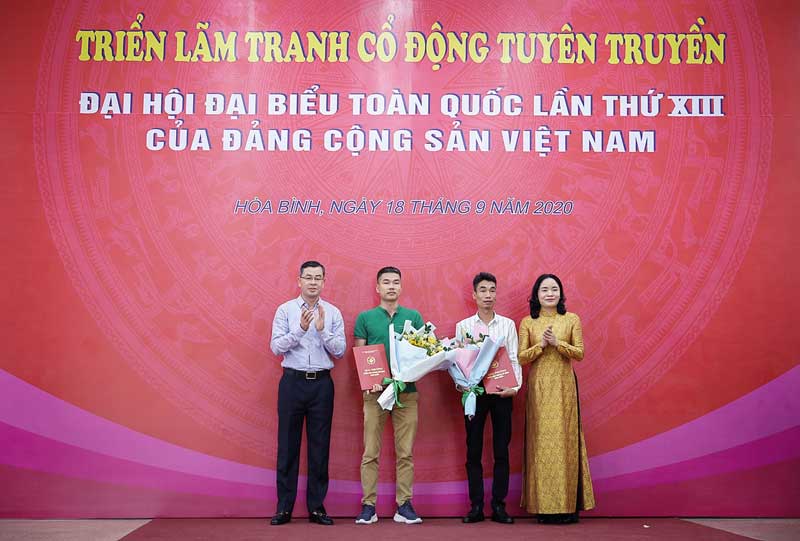