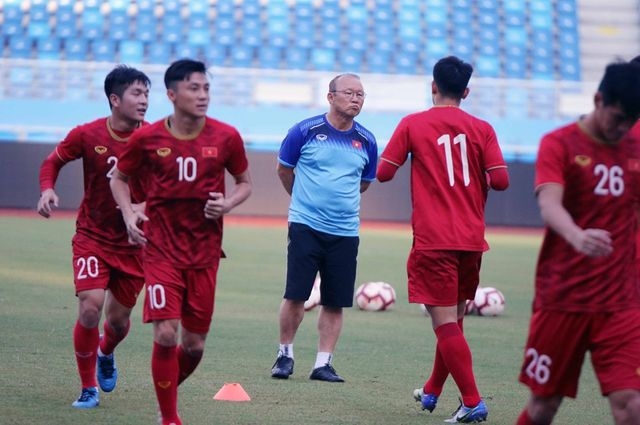 Coach Park Hang-seo announced the 21-man Vietnam U22s squad on Wednesday (November 20), leaving only one backup plan before registering the official list with the organising committee of the 30th Southeast Asian (SEA) Games.

This morning, the Republic of Korea tactician continued to drop five Vietnam U22 players, including Nguyen Trong Dai, Nguyen Van Hanh, Nguyen Huu Thang, Phan Thanh Hau and Ngo Hong Phuoc, who are incapable of competing for a position. Earlier, Park had reduced the squad to 18 players from the initial 30 after their 2-2 draw in a friendly against Myanmar.

The 13 selected players will join the eight players who have just attended the World Cup qualification with the national team to make the final preparations for the SEA Games. As regulated by the organising committee, each team can only register a maximum of 20 players. Therefore, one more player will be eliminated by Park before the team leave for the Philippines to attend the 30thSEA Games.

With each team being allowed to register two players aged over 22, coach Park Hang-seo has decided to call up Nguyen Trong Hoang and Do Hung Dung, the two midfielders of the national team, to Vietnam U22s for the SEA Games mission.

As planned, Vietnam U22s will head for the Philippines on November 22 and have three days to prepare for their Group B opener against underdogs Brunei.