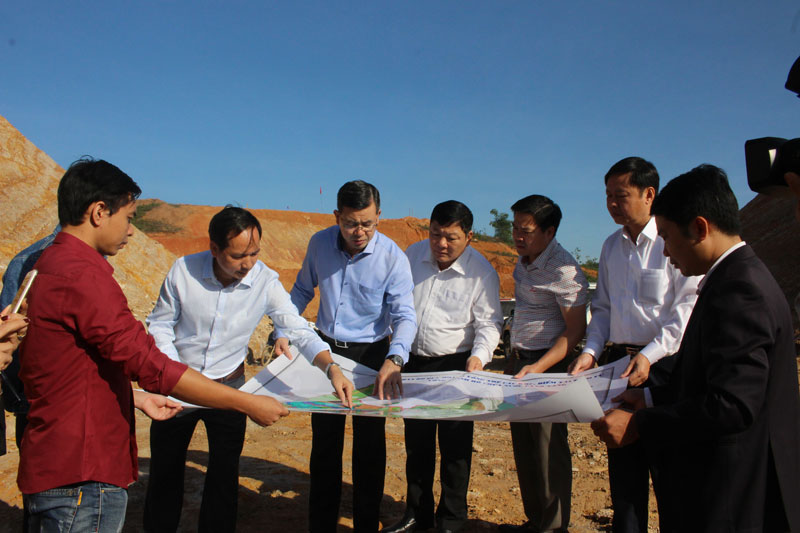 (HBO) – Vice Secretary of the Hoa Binh provincial Party Committee Ngo Van Tuan on October 30 had a working session with the Standing Board of the Party Committee of Lac Son district to review the performance in the first nine months of 2019 and mapped out major tasks and solutions for the remaining months. The meeting also reviewed the implementation of the 26th district Party Congress’ Resolution for the term 2015 – 2020.

In the first nine months of the year, Lac Son district has seen growth in agriculture, industry and handicrafts, trade, and services. The district has focused on building new-style rural areas, ensured social welfare and social order – security, and accelerated land clearance at major projects such as Canh Tang reservoir and the road from Ho Chi Minh Highway and Highway 12B to Highway 1.

Over the past four years, Lac Son has met and even surpassed 17 out of 18 goals set in the 26th district Party Congress’ Resolution. The local economy expanded 12 percent from the same period last year, 32 percent of the communes have earned new-style rural area status while the poverty rate dropped 6.1 percent.

Concluding the session, Tuan hailed the district’s nine-month achievements and the implementation of the 26th district Party Congress’ Resolution.

Regarding the key tasks in the remaining months, he asked for good preparatory work for the next-term Party Congresses at all levels. He asked relevant agencies to further promote public administrative reform and improve local business climate.

The district must focus on developing its soil map to effectively serve the development of agricultural and forestry, transformingproduction towards chain value, strengtheningmanagement of forest protection, developing timber plantations, and attracting more strategic investors.