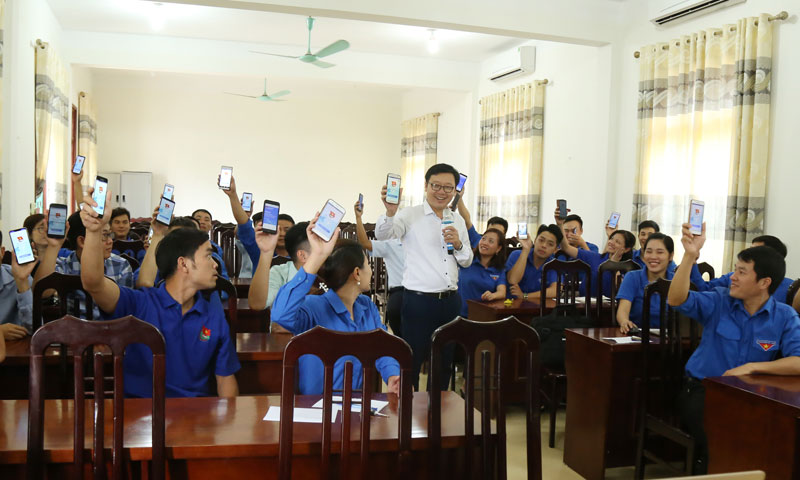 The officials and the members of the youth union participating in registration of creative ideas and starting a business through the Web: www.ytuongsangtao.net.

Currently, there are 1,500 ideas and initiatives of the members of the Youth Union in the whole province posted Bank of Vietnam Youth Creative Ideas. Deploying the program "The nursery garden of the businessmen of the ethnic minority in the period of 2020-2024”, there are 13 projects in the province, which have completed the record to send to the Organizing Committee of the program.