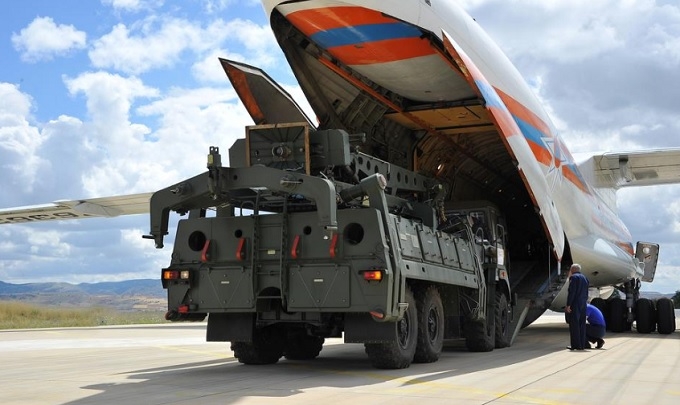 Turkey officially received shipments of parts in its contract to buy Russia’s S-400 air defence system, regardless of strong opposition from the United States and allies, an unprecedented move by a NATO member nation.

After the controversial deal, the imposition of US sanctions against Turkey and strategic changes in military cooperation between the two countries are something that could be predicted.

The planes carrying batches of equipment related to Russia’s S-400 missile defence system recently landed at Murted Air Base near Ankara. The US and its NATO allies closely monitored moves from Turkey when taking delivery of the S-400 consignment. Washington had struggled to prevent the deal, but could not reverse Ankara’s decision in the context of Turkey’s declining faith in the US.

After Washington backed the Kurdish forces in Syria, which were viewed by Ankara as a terrorist threat, Turkey turned to cooperating with Russia. With the purchase of Russia’s S-400 system, Turkey can build its own missile defence system without depending on its NATO allies, especially after Ankara had failed to finalise the contract to buy the Patriot missile system from the US under President Barrack Obama’s administration. Despite warnings from NATO, Turkey persistently pursued the S-400 purchase deal on the grounds that the US and Europe did not offer a feasible alternative. Ankara argued that Turkey needs S-400 for strategic defence purposes, above all ensuring security in its southern border with Syria and Iraq.

Soon after Turkey officially received the S-400 equipment from Russia, NATO continued to voice their concern. NATO had repeatedly warned Ankara that the Russian system was not compatible with NATO member countries’ weapon systems, at least with F-35 fighter jets. The US also stated that if Turkey integrated the S-400 into their defence system, Russia could get sensitive data related to the F-35, the US’ new-generation versatile stealth fighter jets.

Controversy between the US and Turkey, the two countries with the largest military forces in NATO, marks a deep split in the Western military alliance. Turkey still bought the S-400 system regardless of the US threatening to expel Ankara from an F-35 fighter jet programme, including not providing F-35 fighters to Ankara as well as suspending Turkish pilots’ participation in training programmes concerning the most modern US aircraft. Voicing no worry about the interruption in military cooperation with the US, Turkish President Recep Tayyip Erdogan said that 100 Turkish experts had been sent to Russia to join training on how to operate the S-400 missile defence system. This is considered a big blow on relations between the two NATO allies.

The US repeatedly warned Turkey of the consequences if Ankara pursued the purchase of Russia’s S-400 air defence system. According to the Countering America’s Adversaries Through Sanctions Act (CAATSA), a US federal law that came into effect in 2017, the US will impose sanctions on nations buying Russian weapons. The US media recently reported that Washington had prepared its sanctions against Ankara, and was just waiting for the right time to announce them. July 15 marked two years of an unsuccessful coup in Turkey, which caused a serious crack in US-Turkey relations. At the moment, the US does not want to impose restrictions, for fear of making it possible for Ankara to once again accuse Washington of getting involved in the coup.

The controversial deal is expected to have a significant impact on Ankara’s cooperation with Washington in particular, and with its NATO allies in general. Turkey still maintains diplomatic efforts to ease US anger, but it is inevitable that Ankara must be prepared to deal with upcoming sanctions from the US, once it decides to pursue the military contract with Russia.