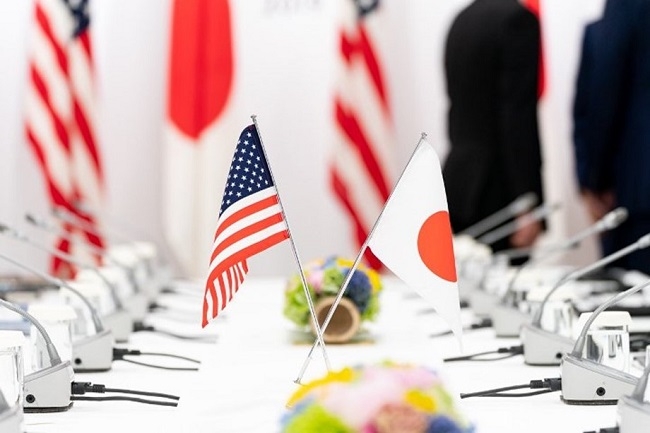 US and Japanese officials are working hard to reach agreement on a bilateral trade agreement, a senior Japanese official told Reuters on July 17, adding he was looking forward to news on the deal in the near future.

Three industry sources told Reuters on July 16 that the United States and Japan were working on a small trade deal involving agriculture and autos that could be agreed by President Donald Trump and Prime Minister Shinzo Abe when they meet in New York in September.

Asked about progress in the bilateral trade talks, Koji Tomita, Japan's sherpa to the Group of 20 industrialized countries (G20), said, "When President Trump came to Japan at the end of May, he was talking about doing a deal as soon as possible. Our team is now working pretty hard, so we are looking forward to some news in the near future."