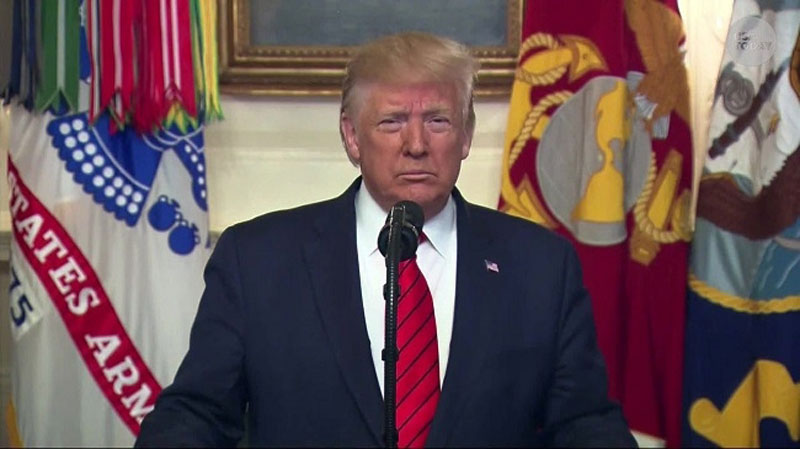 US President Donald Trump said on Sunday (October 27) the Islamic State (IS) leader Abu Bakr al-Baghdadi had been killed in a US military operation in Syria.

US President Trump says a ISIS leader Abu Bakr al-Baghdadi has died in a US-led raid in Syria.

Speaking in the White House, Trump said US Special Operations Forces conducted a raid Saturday night targeting al-Baghdadi in northwest Syria, during which al-Baghdadi killed himself by igniting a suicide vest.

The death of al-Baghdadi demonstrates the US commitment to "the enduring and total defeat of ISIS (the IS) and other terrorist organizations," Trump added.

Al-Baghdadi, 48, whose real name was Ibrahim Awad al-Badri, announced the establishment of a caliphate, or the so-called Islamic State, in June 2014.

In 2016, the US Department of State offered a reward of up to US$25 million for information leading to his capture or death.

Citing defense officials, multiple US media reported that the operation leading to the death of al-Baghdadi was carried out in Idlib in northwestern Syria.

Trump said the US military used eight helicopters in the operation and no US personnel were killed, calling it a great success.

"We were in the compound for approximately two hours, and after the mission was accomplished we took highly sensitive material and information from the raid," Trump noted.

In his remarks, Trump also expressed his gratitude to Russia, Turkey, Syria, Iraq, and Syrian Kurds, saying the mission could only have taken place with the help of other nations and people.

Over the years, al-Baghdadi has been reported multiple times to have been killed, but none of the reports has been confirmed. In 2017, Russia claimed to have killed him in airstrikes during a meeting of IS leaders outside Raqqa, Syria, in late May that year.