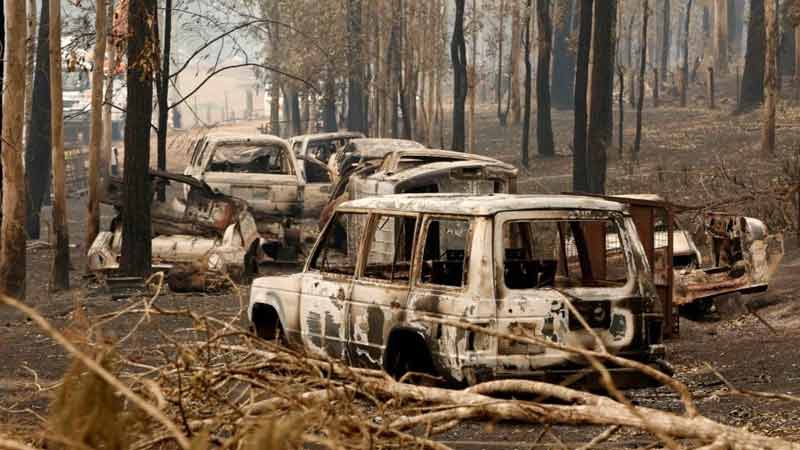 (HBO) - Authorities declared a state of emergency across a broad swath of Australia’s east coast on Monday, urging residents in high risk areas to evacuate ahead of looming "catastrophic” fire conditions.

A cluster of burnt out cars sit at a property at Rainbow Flat, Australia, November 11, 2019.

Bushfires are a common and deadly threat in Australia’s hot, dry summers but the current severe outbreak, well before the summer peak, has caught many by surprise.

The country’s most populous city has been designated at "catastrophic fire danger” for Tuesday, when temperatures as high as 37 degrees Celsius (98.6 degrees Fahrenheit) are forecast to combine with powerful winds for potentially deadly conditions. It is the first time Sydney has been rated at that level since new fire danger ratings were introduced in 2009.

Home to more than 5 million people, Sydney is ringed by large areas of bushland, much of which remains tinder dry following little rain across the country’s east coast in recent months.