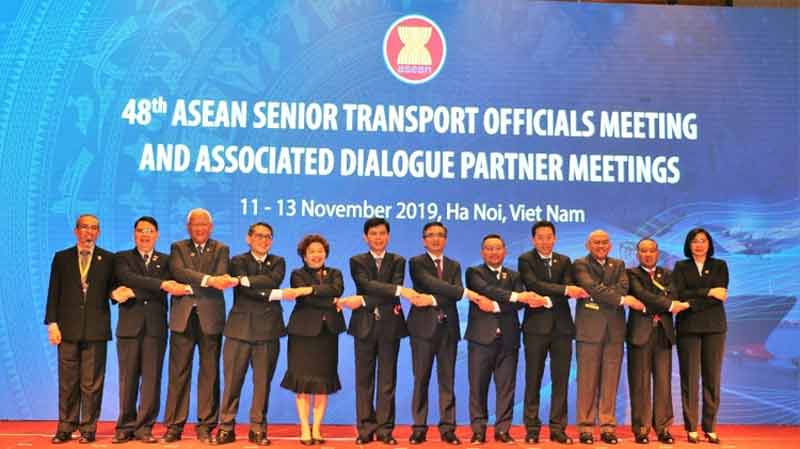 The events brought together about 200 delegates from 10 member countries of the Association of Southeast Asian Nations (ASEAN), three partner countries namely Japan, the Republic of Korea (RoK) and China, the ASEAN Secretariat and the US-ASEAN Business Council (USABC).

They have also cooperated with dialogue partners, especially China, Japan and the RoK, to meet demands for regional and inter-regional transport connectivity, while joining hands with international organisations in the research and application of cutting-edge technologies to optimise benefits brought about by transport connectivity, contributing to spurring economic growth in ASEAN, he said.

Tuan suggested the delegates focus their discussions on some issues in preparation for the 25th ASEAN Transport Ministers’ Meeting (ATM 25) slated for November 14-15.

The official proposed continuing to build united aviation and navigation markets in ASEAN and realise agreements that aim to facilitate cross-border passenger and freight transportation.

The meeting will seek ways to soon complete procedures for the signing of international treaties like the Protocol to Implement the 11th Package of Commitments under the ASEAN Framework Agreement on Services, and the ASEAN Agreement on Aeronautical and Maritime Search and Rescue Cooperation, and push ahead with the ratification of relevant signed agreements.

The official stressed that Vietnam, together with other ASEAN countries, will join hands with dialogue partners to achieve the targets set at the Kuala Lumpur Transport Strategic Plan 2016-2025.

The meetings will last until November 13.