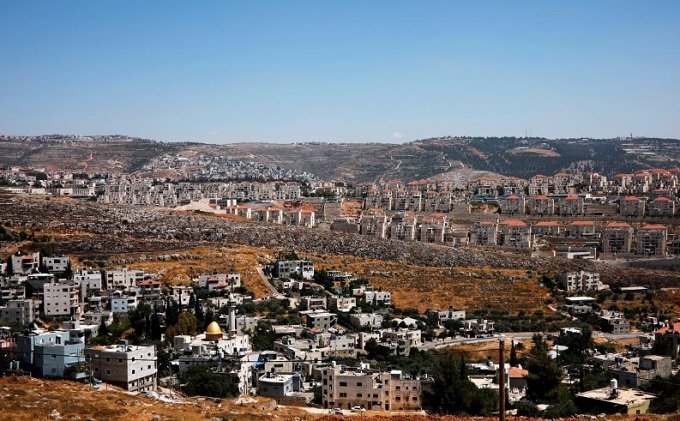 Foreign ministers of the Arab League (AL) countries recently held an emergency meeting at the AL headquarters in Cairo, Egypt, to discuss the "hot” developments related to the US support for Israel’s Jewish settlements in the occupied Palestinian territories.

A general view shows Palestinian houses in the village of Wadi Fukin as the Israeli settlement of Beitar Illit is seen in the background, in the occupied West Bank, June, 19, 2019.

The AL rejected the US position, saying that this would put an end to Washington’s mediation role, regardless of US President Donald Trump’s "cherishing” a controversial Middle East peace plan.

Within the framework of the special meeting in Cairo, the AL issued a statement affirming that the US position is illegal and unfounded and violates the United Nations Charter and related resolutions, following US Secretary of State Mike Pompeo’s declaration which aimed to legalise and support Israeli settlements in the occupied Palestinian territories. The AL foreign ministers warned that the US move threatens peace, security and stability in the region, and undermines the Arab Peace Initiative. Secretary-General of the AL Ahmed Aboul Gheit said the US declaration that Israeli settlements in the West Bank "do not counter to international law” ended Washington’s mediation role after 40 years, while putting negative impacts on any future efforts to achieve peace in the Middle East.

With such a strong statement, the AL members want to affirm the league’s unified position in criticising the US move and expressing solidarity with Palestine, for a long-lasting peace in the Middle East. The AL diplomats also discussed practical solutions to deal with Washington’s decision on an international level.

In the context of deadlocked negotiations between Israel and Palestine, Israel’s policy of expanding Jewish settlements has deepened the conflict between the Jewish State and Palestine and the Arab community. The AL strongly opposed Israeli Prime Minister Benjamin Netanyahu’s announcement of his intention to annex the Jordan Valley in the West Bank if he holds on to power for another term.

The AL has always been persistent with the stance of supporting a "two-state” solution in resolving the Israeli-Palestinian conflict. Israel has been boycotted by Arab states because of its moves that are said to hinder the Middle East peace process. Palestine recently accused Israel of closing Palestinian educational and media offices in East Jerusalem, saying the move violated the Oslo Accords and includes a series of agreements signed between Palestine and Israel, which stipulate the establishment of an interim government in the Palestinian territories. Dozens of Palestinian journalists staged demonstrations in the West Bank city of Ramallah to protest Israel’s action.

The US moves to show support for its ally in imposing Israeli sovereignty over the occupied Palestinian territories have caused ""stirs” in the Arab community. These moves have gone counter to the international efforts seeking to address differences and bring Israel and Palestine to the negotiating table. A number of UN resolutions have asked Israel to stop building Jewish settlements in the West Bank.

Meanwhile, although the US administration’s peace plan has not yet been announced, Washington’s intentions in this plan have faced opposition from Palestine as well as many Arab countries. The US peace plan, also known as the "deal of the century”, will be different from previous initiatives, including the 2002 Arab Peace Initiative adopted by the AL. President Trump’s peace plan is said to favour Israel as it may allow Israel to retain all Jewish settlements in the West Bank, where about half a million Jews are living.

Although the political part of the US-initiated Middle East peace plan has not been announced, the "fate” of the plan is predictable. The Arab states have declared that they will reject any plans to resolve the Israeli-Palestinian conflict which are not based on the pre-1967 border as well as do not mention the "two-state” solution. The enduring conflict between Israel and Palestine can only be resolved on the basis of mutual consent between parties and ensuring the goal pursued by the Palestinian people and supported by the international community, which is to establish an independent Palestinian State with the capital of East Jerusalem and on the basis of the pre-1967 border.