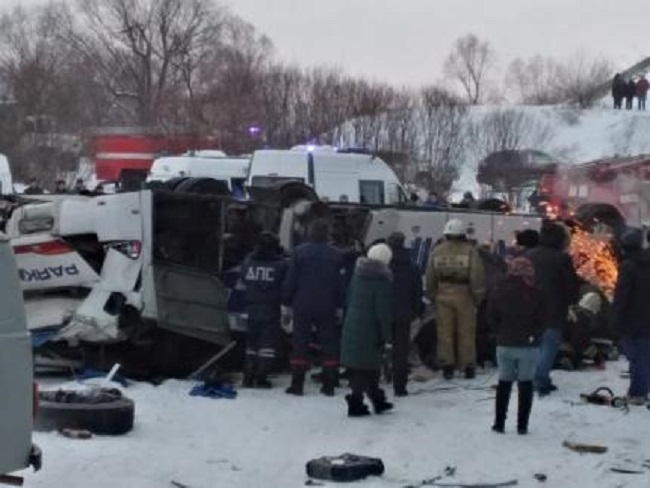 Nineteen people were killed and 21 others injured on December 1 after a bus crashed into a river in Zabaykalsky Krai, southeastern Russia, local media reported, citing sources from the General Administration for Traffic Safety.

Emergency personnel work on the site where a bus crashed it fell from a bridge in Zabaikalsk region, Russia December 1, 2019.

"According to the latest data, 19 people, including two minors, died as a result of the accident. The number of injured has increased to 21 people," the sources said.

The accident occurred at the 60th km of the Sretensk-Chita route. There were 43 passengers and a driver on the bus.

According to preliminary information, the accident was caused by a rupture of a front wheel.
Source: NDO