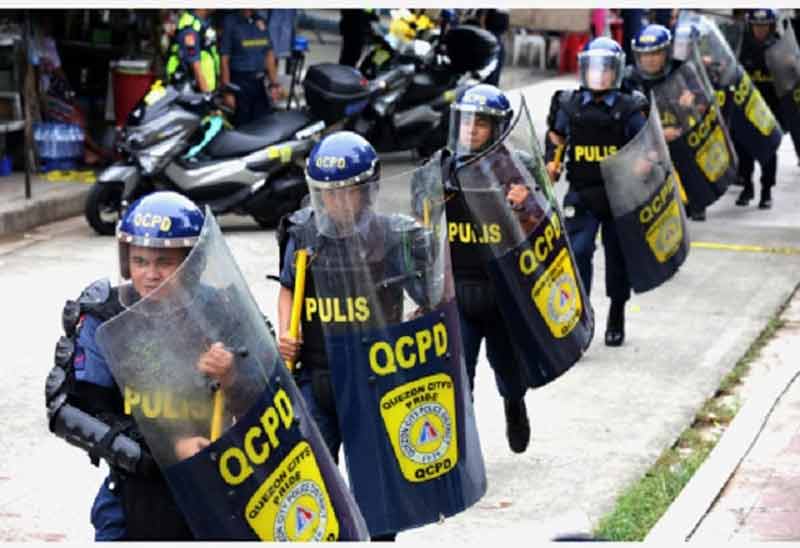 Philippine President Rodrigo Duterte has decided to lift martial law in Mindanao in the southern Philippines by 2019, his spokesman said on Tuesday (December 10), after three times of extention since 2017 terrorist attacks on Marawi City.

"(Duterte) made the decision following the assessment of his security and defense advisers of the weakening of the terrorist and extremist rebellion, a result of the capture or neutralization of their leaders, as well as the decrease in the crime index, among the factors considered," spokesman Salvador Panelo said in a statement.

"Contrary to the suppositions of the vocal minority on the proclamation of martial law in Mindanao," Panelo said Duterte's decision showed how he responded to the situation "on the ground."

Panelo said Duterte is confident on the capability of their security forces in maintaining the peace and security of Mindanao without extending martial law.

"The people of Mindanao are assured that any incipient major threat in the region would be nipped in the bud," Panelo said.

Panelo's announcement came a week after Defense Secretary Delfin Lorenzana recommended the lifting of martial law. Lorenzana, the administrator of martial law, said last week that his recommendation was based on the assessment conducted by the Armed Forces of the Philippines and the Philippine National Police.

Duterte placed the entire Mindanao for 60 days in May 2017 a few days after local terrorists belonging to the Maute and Abu Sayyaf Group attacked Marawi City.

Duterte has since asked the Philippine Congress to extend the military law and the suspension of the privilege of the writ of habeas corpus in the whole of Mindanao three times.

Before the declaration lapsed on July 22, 2017 Duterte asked the Congress to extend its effectivity until December 31, 2017 and again asked for another one year extension until 2018.

In December 2018, the Congress granted Duterte's third request to further extend martial law from January 1, 2019 to December 31, 2019, to quell a "continuing rebellion" in the southern Philippines.

The 1987 Constitution only allows the president to declare martial law for a maximum of 60 days. Any extension would require approval from the Congress.

Under martial law and the suspension of the privilege of the writ of habeas corpus in Mindanao, security forces are allowed to make arrests, detain or search without a warrant. This means that people who have committed the crime of rebellion or even suspected ones may be arrested without warrant of arrest and objects that were used in the commission of the crime of rebellion may be seized without search warrant.

Mindanao has been the hotbed of violent extremism and a brewing rebellion for decades. In more recent years, Mindanao witnessed the perpetration of numerous acts of violence like the Marawi siege and bombings in major cities.

(HBO) - Japan's ruling Liberal Democratic Party (LDP) will vote on Sept. 14 to select a new leader to succeed Prime Minister Abe Shinzo, Jiji news agency reported on Monday (August 31). Abe, Japan's longest-serving premier, said on August 28 he was resigning due to a worsening of a chronic illness, paving the way for an LDP leadership election. The LDP president is virtually guaranteed of being prime minister because of the party's majority in the lower house of parliament.

The 24th dialogue between ASEAN and the Republic of Korea (RoK) was held via video conference on August 26.