* Chinese health authority said Thursday that it received reports of no new domestically transmitted COVID-19 cases but one imported case on the Chinese mainland Wednesday (July 15). No deaths related to the disease or new suspected cases were reported Wednesday, the National Health Commission said in its daily report. The imported case was reported in Shanghai.

* The number of COVID-19 cases in the United States topped 3.46 million as of Wednesday afternoon with more than 136,000 deaths, according to the Center for Systems Science and Engineering (CSSE) at Johns Hopkins University.

* Brazil registered 1,233 new deaths from COVID-19 in the last 24 hours, bringing the nationwide count to 75,366, the country's health ministry said Wednesday. Meanwhile, 39,924 newly confirmed cases were reported, taking its total to 1,966,748, the ministry said. Brazil saw the world's second-largest outbreak, after the United States, both in terms of death toll and caseload.

* India's federal health ministry Thursday morning recorded 606 new deaths and 32,695 more COVID-19 cases during the past 24 hours, taking the death toll to 24,915 and total cases to 968,876. This is said to be the highest single day spike in the number of fresh cases in the country so far.

* Republic of Korea reported 61 more cases of COVID-19 as of 0:00 a.m. Thursday local time compared to 24 hours ago, raising the total number of infections to 13,612. The daily caseload rose above 60 in three days due to the continued small cluster infections and imported cases. Of the new cases, 47 were imported from overseas, lifting the combined figure to 1,966. It was the highest in 113 days, continuing to increase in double digits for three straight weeks. Two more deaths were confirmed, leaving the death toll at 291.

* In light of the recent increase in coronavirus cases in Belgium, the National Security Council (NSC), meeting in Brussels on Wednesday, decided to postpone for a week the decision whether to start Phase 5 of deconfinement from Aug. 1 as originally planned. To date, 62,872 confirmed cases have been reported by Sciensano. Belgium has recorded 9,788 COVID-19 deaths since the start of the pandemic.

* Irish Prime Minister Micheal Martin announced on Wednesday night that the government's planned move to phase 4 of reopening society and business has been postponed till Aug. 10 due to the rise of the reproduction rate in the country over recent weeks. He said in a statement that that the reproduction rate or the R number, which refers to the number of people infected by a virus carrier, has now risen over 1 compared with about 0.5 recorded a few weeks ago.

* The United Arab Emirates (UAE) on Wednesday announced 275 new COVID-19 cases, bringing the total confirmed cases in the country to 55,848. The Ministry of Health and Prevention said in a statement that the new cases of many nationalities are all in stable condition and receiving medical treatment. Meanwhile, 393 more patients have recovered from the virus, taking the tally of recoveries in the UAE to 46,418, according to the ministry. The UAE was the first among the Gulf countries to report COVID-19 cases.

* South Africa's COVID-19 cases on Wednesday reached 311,049, comprising about half of the cumulative number of confirmed cases on the African continent. A total of 12,757 cases were reported in the past 24 hours, Health Minister Zweli Mkhize said in his daily update. Meanwhile, 107 more deaths were reported, bringing the death toll to 4,453. The total number of recoveries stood at 160,693, with a recovery rate of 51.7 percent, the minister said.

* Morocco registered 165 new COVID-19 cases on Wednesday, raising the tally of infections in the North African country to 16,262, the health ministry said. The death toll from the virus rose to 259 after two more fatalities were recorded in the last 24 hours, said Hind Ezzine, head of the department of epidemic diseases of the ministry, at a regular press briefing. The number of cured patients increased to 13,821 with 379 new recoveries, she added.

* The Laos-China Railway Co., Ltd. (LCRC), a joint venture based in Lao capital Vientiane in charge of the construction and operation of the railway, told Xinhua on Thursday that, all its beams of the two cross-Mekong River bridges have been installed. The China-Laos Railway crosses the Mekong River twice to the north of the ancient Lao capital of Luang Prabang, some 230 km north of capital Vientiane.

* The new cabinet of French President Emmanuel Macron, headed by Prime Minister Jean castex who presented the general policies over the coming two years to the National Assembly on Wednesday, has won with a large majority the confidence vote of the lower house of the parliament. The government's program received massive support (345 approval and 177 against) at the lower house.

* Russian President Vladimir Putin discussed the situations in Ukraine, Iran and Libya with German Chancellor Angela Merkel in a phone conversation Wednesday, the Kremlin has said in a statement.

* The path of the US economy largely depends on developments involving COVID-19 as the country has failed to control the pandemic, a senior Federal Reserve official said on Wednesday. The Fed official suggested that the next period of economic growth should be "strong and more inclusive than the last," urging policymakers to help transition low-wage workers into higher-paying jobs.

* The European Union (EU) on Wednesday expressed its willingness to enhance its overall relationship with India, emphasizing their mutual interests in preserving the existing international order. In a joint statement released following the 15th EU-India Summit, the leaders of the two sides said they aimed to strengthen their strategic partnership and "affirmed their determination to promote effective multilateralism and a rules-based multilateral order with the United Nations and the World Trade Organization at its core."

* US Secretary of State Mike Pompeo on Wednesday sent fresh warnings to companies involved in the Nord Stream 2 gas pipeline between Russia and Germany and the second line of TurkStream pipeline stretching from Russia to Turkey across the Black Sea. Pompeo said that these projects are not commercial but serve as Moscow's tools to exploit European dependence on Russia's energy supplies that ultimately undermine transatlantic security. The Nord Stream 2, stretching 1,230 km from Russia to Germany via the Baltic Sea, is scheduled to start operation in the middle of 2020.

* Peruvian President Martin Vizcarra swore in on Wednesday his new ministerial cabinet, appointing 11 new ministers and naming attorney Pedro Cateriano as the new president of the Council of Ministers. Cateriano previously held the position from 2015 to 2016 during the government of former president Ollanta Humala.

* Portuguese President Marcelo Rebelo de Sousa said on Wednesday that he considered it urgent to approve the economic recovery plan for Europe, stating that "the loss of time will cost much more" in the future. The European Commission proposed in May a EUR750-billion (US$856 billion) recovery fund to help the bloc emerge from the pandemic-triggered economic crisis. This fund will be the focus of the special EU summit on July 17 and 18 in Brussels, as well as the multiannual budget for the years from 2021 to 2027.

* More than 500 domestic tourists have been stranded in Uvs Province in western Mongolia after bridges and roads were damaged by massive flooding caused by heavy rains from Monday to Wednesday, the provincial government said Thursday. Mongolia's National Agency for Meteorology and Environmental Monitoring forecasts heavy rains are expected to hit a large part of the country in the coming days, urging citizens, especially herders, to take extra precautions.

* Latin America's economy will shrink by 9.1 percent in 2020 due to the COVID-19 pandemic, the Economic Commission for Latin America and the Caribbean (ECLAC) said in a report on Wednesday. ECLAC downgraded its growth projections for Latin American and Caribbean countries, saying external and domestic shocks have been stronger than originally foreseen in April. 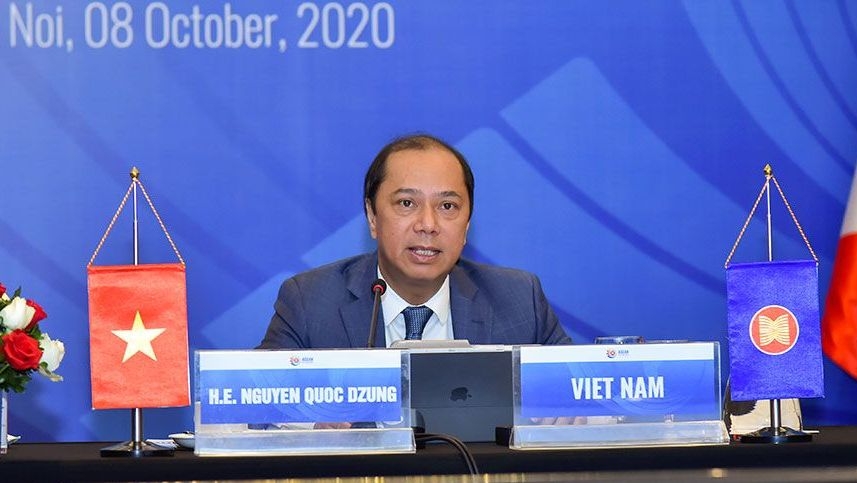 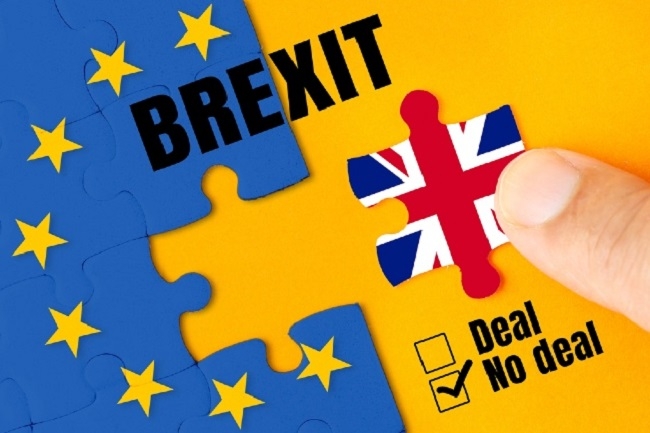 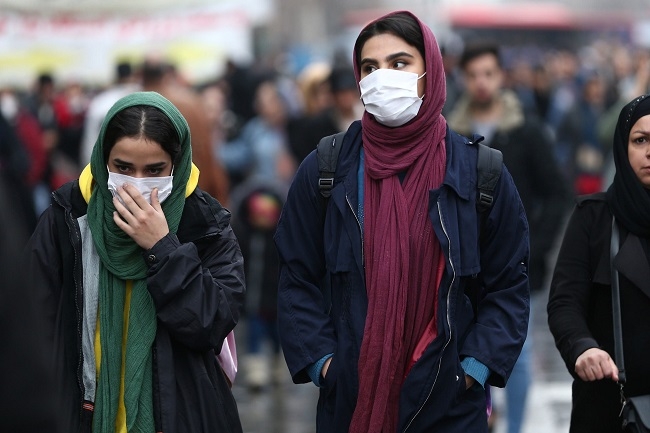