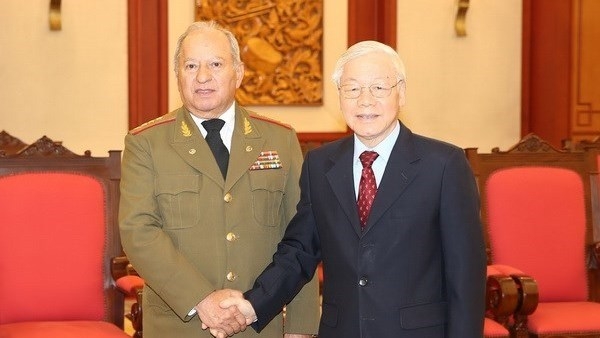 General Secretary of the Communist Party of Vietnam Central Committee and President Nguyen Phu Trong has committed all possible support to defence ties with Cuba, contributing to further deepening the special friendship between the two parties, States, and armies.