(HBO) - In recent years, the program of the new rural construction has been the driving force for the people in the remote commune of Gia Mo (Tan Lac) to overcome the difficulties in socio-economic development. Arriving in Gia Mo, it is possible to feel that the rural appearance has markedly changed. 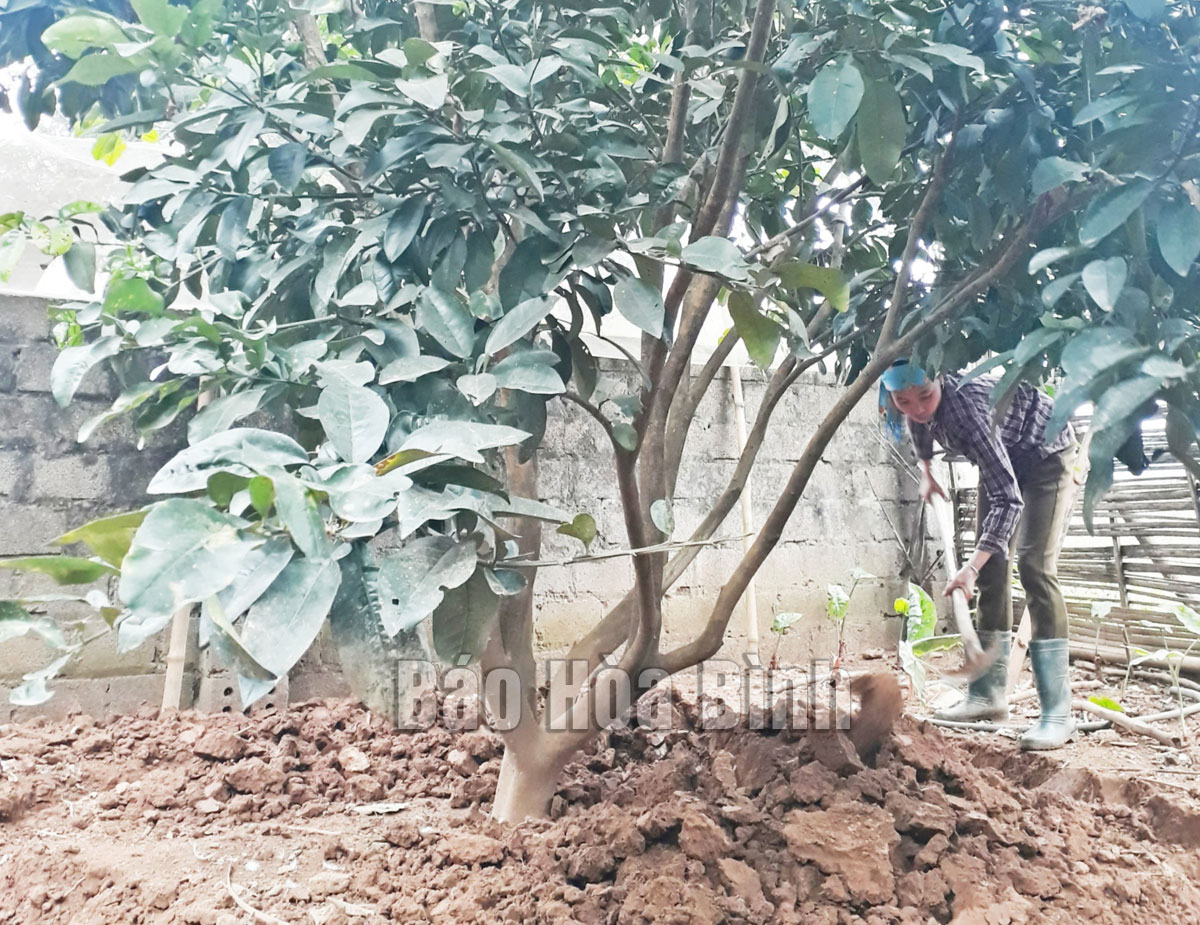 In recent years, the people in Gia Mo commune have promoted to renovate the mixed gardens to grow citrus trees, increasing their income.

Previously, due to difficult traffic, the essential infrastructure items were not synchronously invested, the people’s economic life was still hard. Coming from a low starting point, the journey to build a new countryside in the commune encountered many obstacles. However, with the efforts of the Party Committee, the government and the local people, Gia Mo was expected to be recognized to meet the standards of the new countryside in 2021. To achieve this result, Mr. Bui Van Vuong, the Chairman of the Communal People's Committee said: In the past time, the commune has promoted the mobilization and propaganda of the officers, the party members and the local people to participate in the construction of new rural areas with practical actions. The local people have actively donated land, trees and contributed working days to build the essential infrastructure. As a result, the inter-village and inner-neighborhood roads have been widened and hardened, basically meeting the needs of the people.

According to the statistics of the Communal People's Committee, in the period 2011 - 2021, the people donated 23,350 square meters of land to build new countryside. From the beginning of 2021, the commune has been selected as one of the communes to focus the resources on the destination of the new rural areas. In the context of the complicated development of Covid-19 epidemics, which has greatly been affecting the income and employment, the people have still made efforts contributing money to fulfill a number of criteria. They have contributed 360 million VND to build schools, over 156 million VND to build inter-field roads. Along with that, the political organizations and the mass ones have promoted the implementation of building the new rural movements, especially in the implementation of the environmental criteria. Through the propaganda, the households have raised their awareness of the environmental protection, and many households have moved their barns to a more suitable location.

During the year, Ren village was selected to build a model of the residential area. Thanks to the support of all appropriate levels and branches, the roads in the hamlet have been widened, hardened, and flower beds have been built at the hamlet's cultural house and the village road. The inter-field roads have also been hardened, creating the favorable conditions for the people to transport agricultural products. Mr. Bui Van Uc, the Party secretary of Ren hamlet, said: The program of the new rural construction has brought many changes to the face of the village, promoting the economic development for the people. Recognizing the role of the subject as well as the benefits from the program, the people have enthusiastically been participating. Many households have donated land, voluntarily adjusted the fences and the walls to expand roads, contributed the working days and money to harden the inter-field roads.

In addition to the positive changes, the Secretary of Ren’s Party cell expressed the concern about some concrete road sections in the hamlet, which were invested in the previous period, and they are now degraded. Therefore, it is expected that the appropriate authorities at all levels pay attention to invest and upgrade the roads to meet the prescribed standards. At the same time, it is hoped to continue supporting the households to build the model gardens. Mr. Bui Van Vuong, the Chairman of the Communal People's Committee added: Although the commune has basically completed 19 out of the 19 criteria for building the new rural areas, there are still issues that need the attention of the authorities at all levels and functional sectors. They are the early hardening of Thanh Hoi-Gia Mo road (levelled), upgrading a number of roads in hamlets that have deteriorated after a long time of use; paying attention to investing in the power lines and the transformer stations for some residential areas with unsatisfactory power quality...